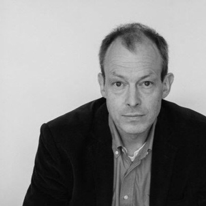 Jonathan is a trainer/speaker with experience in designing and facilitating interactive and engaging workshops including: Resilience; Personal Effectivity; Growth Mindset; Coaching; Accountability, Feedback & Difficult Conversations; Rapport and Stepping up into Leadership. He has experience delivering resilience training for various Forces, and over 15 years experience in coaching at up to Executive level, and as a leadership consultant. He is also an author, penning “The Resilience Toolkit: powerful ways to thrive in blue-light services” and a visiting Fellow at the University of Bristol. 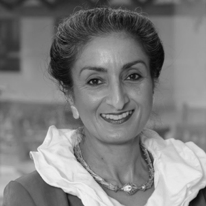 Sabehia has over 30 years’ experience in organisational change, leadership and team development, having also worked in the field of diversity and inclusion as Director of Grampian Racial Equality Council. Her experience is global, having delivered training in over 30 countries for major brands including Deloitte, Bosch, Engie and Barnardo’s. Sabehia was formerly Head of HR for Berkshire County Council’s Education Department and an Executive Fellow at Henley Business School, and she delivers on their Executive education programmes. 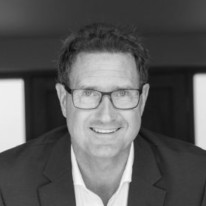 Campbell has been enabling organisations to successfully instigate sustainable change for almost thirty years across the UK, Europe, US, Australia, Asia and the Middle East. His experience includes Board Director & HR Diractor of Sesame (UK’s largest IFA Network), Marketing Director of Virgin Wines, Smartlogik and Brightstation, and Strategy Director of Zurich Global Life Emerging Markets & Zurich International Life, among other things. He has also advised dozens of other companies on strategic and organisational change throughout his career. 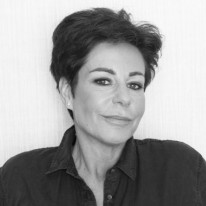 Penny is the first and only woman to compete in a World Rally Car. She is one of the UK’s top female motivational speakers, and has worked inside and alongside many world class teams (including F1) to improve team performance and results. Her accolades include being a mountaineer, boxer, marathon runner and descendant of the first person to scale Mount Everest. She is a Master Practitioner in CBT and is a licensed Mental Toughness Coach. 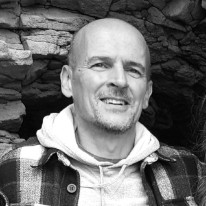 Avi is currently the owner of the Manchester-based company Working with Awareness and the Chairman of the Manchester Buddhist Centre. His specialties are executive and leadership coaching, organisational consultancy, executive and senior team development and psychological assessment. He has previously worked with the police as a National Police Strategic Command Course Executive Coach. 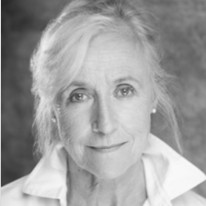 Sarah has over 15 years experience lecturing/training in personal presence and development, leadership communication and presentating with impact, and has worked for various Universities and delivers for Impact International. Sarah has previously delivered leadership programmes/courses for various companies including Scottish Power, Scottish and Newcastle, Royal Bank of Scotland and Barclays Plc and Heathrow Airport. 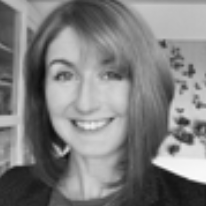 Fiona joined The College of Policing in November 2018 to work on the design and delivery of the National Police Wellbeing Service.  Before coming to The College, Fiona worked in Senior Leadership roles in Greater Manchester Police, Local Government and the NHS.  She has developed and led a range of front line operational services, has significant partnership and strategy development and delivery experience, and has worked extensively in organisational development, change and performance improvement.  Her last role was as a Lecturer in Leadership at the Alliance Manchester Business School; she is currently researching the role of compassion at work and is the author of the Compassion at Work Toolkit. 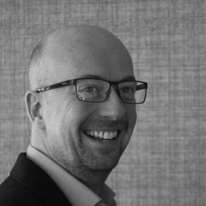 Dominic is a specialist in providing negotiation consultancy and training, having worked for leading negotiation consultancies and training firms – such as the Gap Partnership – across multiple sectors including financial services, professional services, manufacturing, transport, FMCG, retail and healthcare. He is the former Global Opportunity Manager at BT, where he managed the development of integrated complex sales proposals, including BT Americas largest contract. 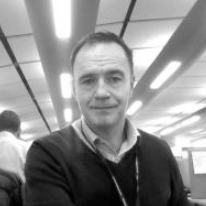 Jonathan is a Police Inspector with a varied operational background including counter terrorism work and a variety of uniform, plain clothes and specialist roles. He was the operational lead for Operation Halifax which successfully halved the number of outstanding arrest warrants in his force. Jonathan, among other successes, headed the Commissioners’ Leader Programme for over 6000 staff and introduced a brand new promotion scheme for all levels of leadership in the organisation. He is a qualified trainer and Hydra facilitator, with an advanced Diploma in performance Coaching and is licensed to deliver Myers-Briggs (MBTI)) psycometric events and enjoys assisting people at all levels with their developmental needs. 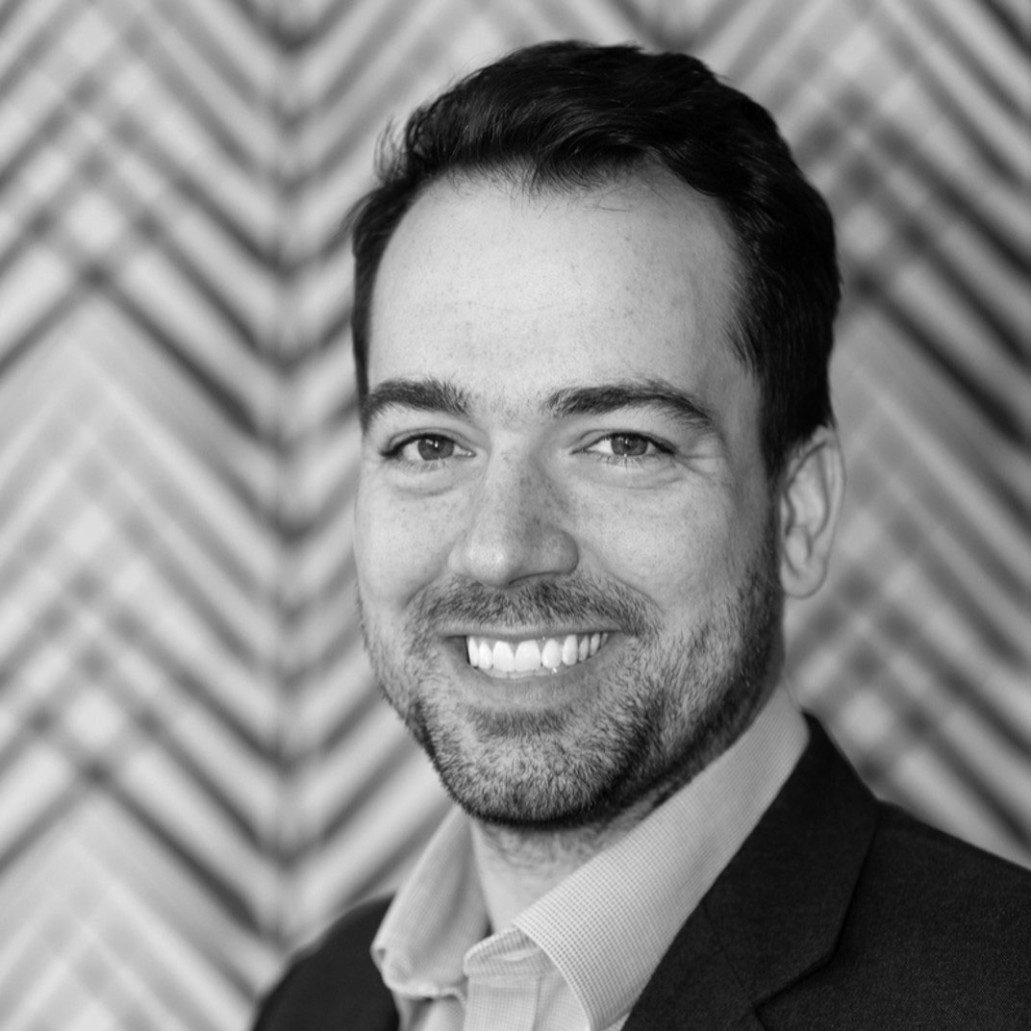 Roderic is former Royal Marines officer with leadership experience on operations around the world, including leading teams in Afghanistan, Libya, alongside a counter-piracy task force off the Somali coast. He left the Royal Marines to embark on a new career, with the aim of using his leadership and management experience to help leaders create high performing cultures. Now an accredited coach with over 2000hrs of experience, Roderic has supported managers to create high performing teams across a multitude of sectors including Professional Services, Asset Management, Banking, Retail, Nuclear, Rating Agencies, large complex UK plc and the NHS. 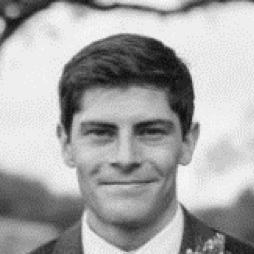 Andrew Broadbent studied Management at the University of Edinburgh for his Undergraduate before progressing in to Leadership Consultancy and undertaking a Post-Graduate in Sustainable Leadership a few years later. Andrew joined the College 2 years ago and has since supported the redevelopment of the Senior Leadership Development Programme (SLDP) and the ASPIRE programme. Andrew has since taken on a new role as Leadership Development Manager and is focused on developing opportunities and supportive resources designed to support the progression and development of leaders at all levels in Policing, across the UK. 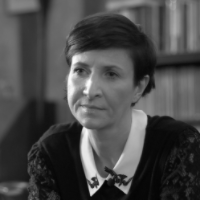 Jess leads the Trauma Resilience in UK Policing project, translating the latest neuropsychology into the reality of operational policing. She trains in trauma resilience and has produced the first ever UK prevalence rates for police PTSD. She brings 20 years’ practical research experience to the project, including her own work in critical incident personal support, civil protection and preventing violent extremism.

Jess’ current work includes: analysing and reporting on the Policing: The Job & The Life survey (2018); developing a new Police Traumatic Events Checklist (in collaboration with the Police Federation of England & Wales) and advising on support for high-risk areas such as Counter Terrorism, Child Sexual Exploitation, armed response and call handling. Jess and her team also deliver a train-the-trainer programme of peer-reviewed trauma impact prevention techniques for operational policing (called TIPT) –with over 1500 officers and staff trained around the UK so far. Jess’ collaborative research was covered exclusively in 2019 in January and in May by the BBC (Inside Out and headline news), and again by Dispatches (C4) in July and has recently featured in The One Show. Her new material features animations, a short documentary and interviews with officers to bring new understanding of trauma processing in the brain to life for everyday policing on-the-job. Jess also produces infographics, podcasts and interviews with policing bodies, specialists in resilience and popular neuroscientists to help spread the word that the policing brain is something to get to know and look after.

After a diverse early career in health psychology, Jess went on to become Director of Studies at the University of Cambridge for the Faculty of Social and Political Science at Lucy Cavendish College in 2003 and tutored undergraduate social psychology for a further 3 years. In 2004, she left academia for more ‘hands-on’ work in civil protection, during which time Jess joined the management team of Cambridgeshire Police’s Critical Incident Personal Support Team, training volunteers to support victims and their families through events such as terror attacks, transport disasters and epidemics. After a stint working in Preventing Violent Extremism in 2008, Jess relocated her research, running a 150-participant strong neuropsychological study at Bournemouth University to investigate the role of DNA in trauma processing in collaboration with Combat Stress, Dorset Police and the NHS. The research has been published in Frontiers in Human Neuroscience 2014, Police Professional November 2016, the Neurobiology of Learning and Memory, the Journal of Clinical Medicine in 2017, the Policing Journal: Theory Policy Practice in 2019 and 2020 and Psychological Medicine in 2020 and underpins much of her work training UK police.

Further information on the research Jess carries out at Cambridge can be found here: www.policingtrauma.sociology.cam.ac.uk 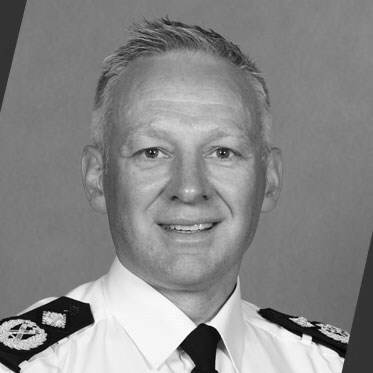 Deputy Chief Constable Malcolm Graham has executive responsibility for Crime and Operational Support, which includes the following areas of business:

He began his career in 1995 with Lothian and Borders Police, and was ACC Major Crime, Public Protection and Local Crime at the inception of Police Scotland. He oversaw significant improvements to policing approaches in key areas such as sexual crime and historic child abuse investigations.

As ACC Strategy and Innovation, he went on to lead the development of Police Scotland’s 10-year strategy, Serving a Changing Scotland, then later served as ACC for Partnership, Prevention and Community Wellbeing.

He became Deputy Chief Constable in 2019 and took on the remit of Crime and Operational Support. 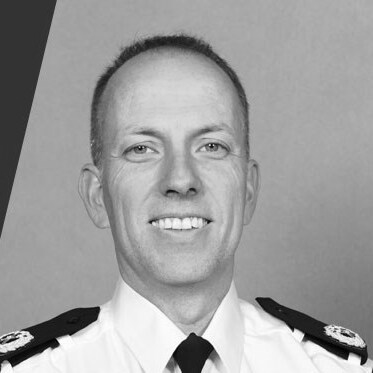 Assistant Chief Constable Gary Ritchie is the executive lead for Partnerships, Prevention and Community Wellbeing. He joined Strathclyde Police in 1991, and was a Superintendent leading the Local Policing Development and Support team at the inception of Police Scotland. He achieved promotion to Chief Superintendent and was appointed Divisional Commander of Dumfries and Galloway in 2016. From 2018, he worked in Operational Change and Resilience. In 2019, he was appointed ACC and in this role, he is responsible for developing new approaches to working with other public services to achieve better outcomes for communities.